An Urban Locavore's Dream Comes True: It's not officially open until November 28, but my first dinner at Hamilton's new Tapestry Bistro won't be my last before the end of this month! Located in the heart of The Staircase Theatre complex, Chef Sam Robertson and owner Roger Abbiss' labour of love is a welcome addition to our city's burgeoning local-food-lovin' restaurant scene. Call ahead to reserve your table if you can: 905.481.2166. Tapestry Bistro serves local, seasonal and organic food at 27 Dundurn Street North. 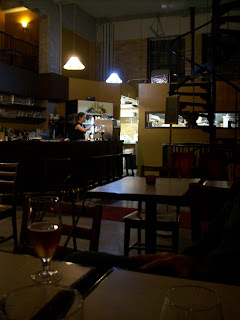 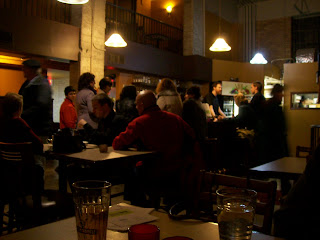 More to come once I've made my first 'official' visit.
Posted by *karen b 2 comments: Links to this post

Let's Sit Down Together for "TABLELAND" 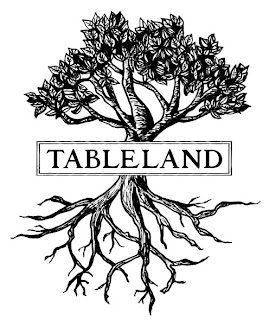 "TABLELAND": a provocative new film about our rich culinary landscape.
Presented by Hamilton Eat Local and Canadian Organic Growers (film screening)
Friday November 28, Doors open at 7pm
Tableland by Pixel One Productions is a new and thought-provoking film. It is a culinary expedition in search of the people, places and tastes of North American small-scale, sustainable food production. From the Orchards of the interior of BC, to the Napa Highlands, rural Quebec and everywhere in between, Tableland showcases the successful production of local and seasonal food from field to plate. Guest speakers for the event will include farmer Inge Crowther of Clover Roads Organic Farm, writer and urban poultry enthusiast Yuki Hayashi, and Karen Burson of Hamilton Eat Local and founder of The Bread & Roses Cafe.
The film will be shown at The Sky Dragon Centre at 27 King William Street in downtown Hamilton. Doors open for organic popcorn at 7 - film begins at 7:30pm – the speakers start at 9pm - Q & A and snacks starting at 9:30. Please make a $7 donation at the door (2nd floor).
Posted by *karen b No comments: Links to this post 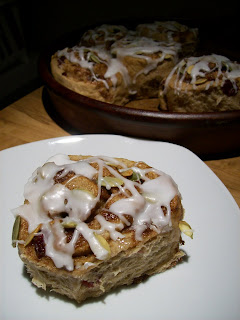 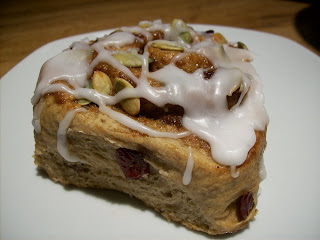 Sure you could spend your hard-earned money buying those dry, tasteless supermarket cinnamon rolls. Problem: who knows where or when they were actually baked? ...But making these yourself is surprisingly easy and cost effective -- never mind the 100% improvement in taste! These ones were surprisingly quick and easy to make.
Don't tell anyone, but you can improve your favourite cinnamon roll recipe by taking advantage of the taste and texture of seasonal fruit. In this case, I roasted some firm pears (to soften them while intenisfying their flavour) but you can used canned or frozen fruit just as easily. Replacing at least half of the butter with a soft pear puree significantly reduces the fat count and the ingredient cost ... no one will know!
Posted by *karen b 1 comment: Links to this post

Hamilton Eat Local is a project of Environment Hamilton, and has been promoting local, sustainable food and farming since its inception by a group of community partners in 2005. Click the logo for more information.

Hamilton Eat Local is known for its past and present projects, such as the Hamilton Farm Map & Directory, the Fruit Tree Project, Rural Routes Farm Tours, and most recently, The Good Food Box Network. Click the logo for more information about Hamilton Eat Local.

What is the Good Food Box?

The Good Food Box is a means of making healthy fruits and vegetables more affordable for Hamiltonians. Click the photo for more information.

Just click here to visit our monthly newsletter, which includes program updates, facts about the featured fruit or vegetable of the month and usually a great recipe or two for that item!

The Heart and Stroke Foundation of Ontario

Hamilton Eat Local thanks the Heart & Stroke Foundation of Ontario for its support in 2011, through a Spark Advocacy Grant. Click the logo for more information about Spark grants.

Hamilton Eat Local in the Media

Hamilton Local Food Links... just the beginning of our list, watch for additions!

Where do you get your local food?

Other local food projects in Ontario